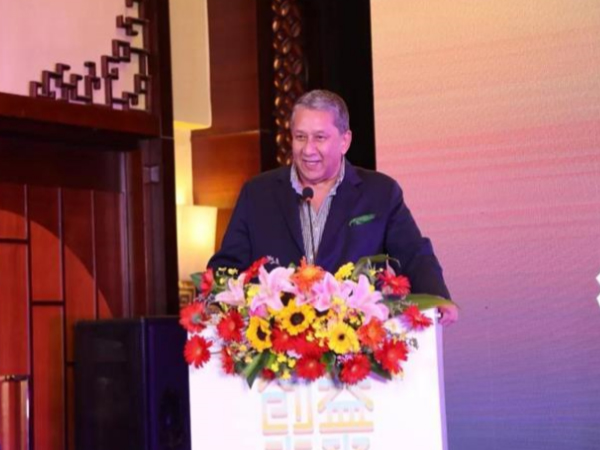 Ranjit Barthakur is a social entrepreneur, committed to pursuing social change through innovative cutting edge concepts, ecological neutrality and impactful action. He has pioneered the concepts of Naturenomics™ and Rural Futures, with a view to inspiring community-based conservation and livelihoods in the Eastern Himalayas. Though his journey began with ITC Mumbai, his heart and soul has always been in Assam. Partnering with Globally Managed Services & the Balipara Foundation, he gives back to the indigenous communities of the Eastern Himalayas via projects focused on strengthening ecological civilizations and building social mobility through natural capital.

SOCIAL ENTREPRENEURSHIP IN THE NORTHEAST

Under his mentorship as Trustee and President of the Balipara Foundation, the social enterprise, the Eastern Himalayan Botanic Ark in residence at Wild Mahseer, has become a hub for mindful tourism in Balipara County, Assam and has been instrumental in catalyzing the natural history and cultural heritage of the Brahmaputra valley in Assam. He has also contributed to the growth and development of the Northeast by facilitating the implementation of Public-Private Partnerships in the health, tourism and connectivity sectors. Through his position as a Senior Advisor-NE programmes with Tata Trusts, he is working to create development impact in areas of health, education & livelihoods. Additionally, he has developed the multi-disciplinary platform, the Eastern Himalayan Naturenomics™ Forum, to foster global collaborations for conservation actions and solutions in the heart of the Eastern Himalayas.

Ranjit is the thought leader behind a series of Naturenomics™ publications dedicated to tackling various pressing ecological and socioeconomic issues with a focus on the Eastern Himalayas. Through the Balipara Foundation, he has also supported the launch of several nature-based publications and a digital application to build a rich repository of knowledge for Rural Futures.

A firm believer in Human Futures, Ranjit believes in affordable healthcare for all and through Mission Smile (formerly Operation Smile), 36,000 children have received operations for cleft palate. He is also the Co-Chairman of Smile Asia, a global alliance of independent charities working together to treat facial deformities like cleft lip and cleft palate.

Ranjit has served in diverse roles in both the private and public sector, most notably as an advisor to the ex-Chief Minister of Assam. He brings over 40 years of expertise in FMCGs, the hospitality sector, IT, sustainability practices in business and sports to his numerous concerns.

Ranjit is currently the Chairman and Director of the Indian Premier League team, the Rajasthan Royals, encouraging the role of sports and education for the nation’s development. He also serves on the Board of Agilisys Asia, a leading technology solutions provider, and Blenheim Chalcot, a venture capital organization. He is currently a Director at Clearscore, one of the leading FinTech businesses in the world, and Chairman of Amalgamated Plantations (formerly Tata Tea), an emergent entity from divestment of the plantation business.

In addition to his leadership in the private sector, Ranjit serves on the boards of multiple nonprofits, pursuing his vision of social good in the North East region. He currently serves as a member of the governing board of Ashoka Trust for Research and Ecology, the governing body of the Northeast Initiative Development Agency, Moran Blind School and the advisory council of British Asian Trust; Former Trustee of the Devki Devi Foundation Max Healthcare, the Tata Eastern Medical Trust, the Varanasi Welfare Trust and the APPL Foundation; and is the founding member of Sahapedia, a knowledge platform for disseminating information about India’s cultural heritage.

Ranjit has also served as CEO of Hutchison Max-Touch (Vodafone) in India and has established other ventures such as Agilysis (formerly NetDecisions), Advent Healthcare and Green Ecological Managed Services (GEMS & Nature-First) – later acquired by TCS, with Ranjit serving in an advisory position.

Born on 8th August, 1954, and raised in the tea gardens of Assam, Ranjit is inspired by the pristine beauty and heritage of the Eastern Himalayas. He dedicates most of his time to biodiversity conservation and advocating for socio-economic equality for communities in the region.